The business program of the VIII International Forum “Arctic: Today and the Future” has completed in St. Petersburg.

The Forum brought together all parties interested in the development of the Arctic, who were able to discuss important and painful issues in a constructive manner. “It gives reason to say that the legislative framework that governs activities in the AZRF will be improved,” said Yulia Zvorykina, Director of the Institute for Research and Expertise of Vnesheconombank.

A public exchange of opinions on this topic set the tone for the entire discussion programme of the Forum. The draft law on the development of the Arctic zone of the Russian Federation needs to be finalized in a manner that the interests of all participants in socio-economic processes in the Far North were taken into account. That is why it has not yet been adopted by the State Duma. The first vice-chairman of the State Duma Committee on Regional Policy and Problems of the North and the Far East, Valentina Pivnenko pointed this out. “We want the drat law on the development of the Arctic zone to be worked out as much as possible and take into account the interests of all those who are interested in a strong Arctic region of Russia,” Pivnenko said.

On the set of the VIII International Forum “Arctic: Today and the Future”, was held a meeting of the Council of the Association of Polar Explorers. During the meeting, questions about the organization's work in 2018 and its regional branches and plans for 2019 were discussed. “Opening the meeting, I would like to thank you all for the important and great work that you do daily for the future of Russia. We are proud of you and we are making every effort to carry out your instructions and announce proposals to the authorities on the development of the Arctic” said Arthur Chilingarov, president of the “Association of Polar Explorers”.

He was supported by the head of the regional branch of the “Association in the Republic of Sakha (Yakutia)” Vladimir Chlenov. “We have to show our work and share our vision of the development of the Arctic. We know what the North is, how people live and work there, and in what direction the Arctic needs to be developed. Our consultations and recommendations allow the federal authorities develop legislation that will really be useful for the Arctic” he said. 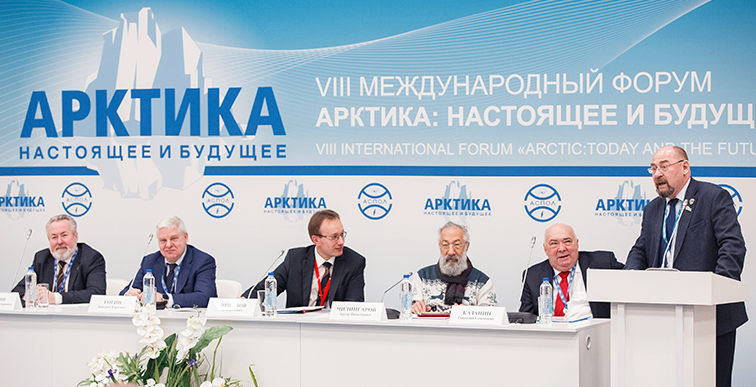 The partners of the VIII International Forum "Arctic: Today and the Future" in 2018 were