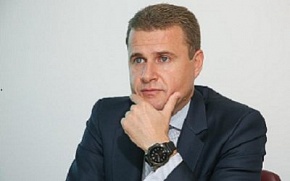 Ministry for Development of the Russian Far East and Arctic and Rosatom State Corporation have prepared a project of regular transportations along the Northern Sea Route (NSR) with the help of Sevmorput lighter carrier. According to the head of the Ministry Alexei Chekunkov, it is planned that nuclear-powered barge carriers will make three trips per year from 2022 with a return to the point of departure.

Ministry for Development of the Russian Far East and Arctic and Rosatom State Corporation have prepared a project of regular transportations along the NSR with the use of the Sevmorput atomic barge carrier, with at least three round trips a year, starting from June 2022. We expect that next year there will be three cruises - in June, September and November", - he said at the meeting of the Federation Council Committee on the Federal Structure, Regional Policy and Local Self-Government.

The Sevmorput ship is a single-deck nuclear-powered vessel. In December 2015, Sevmorput has successfully passed sea trials, and in May 2016, the nuclear-powered container ship left the port of Murmansk in the direction of Kotelny Island. The Northern Sea Route is a shipping route, the main maritime communication in the Russian Arctic. It runs along the northern shores of Russia through the seas of the Arctic Ocean (Barents, Kara, Laptev, East Siberian, Chukchi, and Bering Sea). The NSR connects Russia's European and Far Eastern ports, as well as the mouths of navigable Siberian rivers, into a single transportation system. The length of the route is 5,600 km from the Kara Strait to Provideniya Bay.