Northwestern federal district will be included in the permafrost monitoring system 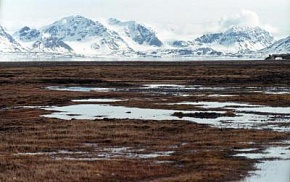 State system of permafrost condition monitoring is being created in Russia. The Ministry of Natural Resources of the Russian Federation has developed a corresponding bill. It is to be submitted to the State Duma in the near future. The observation program will also include Arctic territories of the Northwestern federal district.

Recently, permafrost is increasingly being called not eternal, but perennial. Researchers note that climate change and other processes lead to to shifts in the frozen ground. Meanwhile, houses, social and industrial facilities have been built on permafrost, and it is impossible to do without any new construction. According to the Ministry of Natural Resources, more than 40% of the foundations of buildings and structures in zone of permafrost already have deformations.

At the same time, comprehensive monitoring of changes that occur underground in the Arctic is not conducted now. Although this was considered necessary back in 1929, when a commission for studying permafrost appeared in the USSR. Then they started creating permafrost stations in problematic regions: for example, in Vorkuta and Amderma.

The cryolithozone occupies 65% of Russia; 15 million people live in this zone. In the Northwestern federal district, permafrost is widespread in central and northeastern parts. Years ago, it’s thickness in the Bolshezemelskaya tundra used to reach 500 meters.

It is almost impossible to grow crops in the region, any construction is complicated by drainage problems. But, according to the scientists, permafrost  is slowly decreasing: since 1970, its boundary has moved by about half a meter to the north. In the future, this can create problems with the building’s foundations.