Ministry of Foreign Affairs of the Russian Federation has replied to a Resolution of V International Forum "Arctic: Today and the Future" 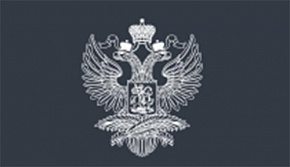 Ministry of Foreign Affairs of the Russian Federation has prepared a response on the implementation of a public resolution of V International Forum "Arctic: Today and the Future", which took place in December 2015 in St. Petersburg. The Official response is aimed at the proposals and initiatives of participants, concerning the strengthening of international cooperation in the Arctic Council.
According to the official source in connection with the upcoming 20th Anniversary of the Arctic Council, Russia initiated the adoption of the joint statement of the Ministers of foreign affairs of the Arctic Countries. Today a document on the importance of strengthening of international cooperation in the Arctic, prepared by the Russian side, is being coordinated. "Russia firmly upholds the special responsibility of the Arctic Countries to ensure the sustainable development of the region", - is said in the letter.
An important note of Ministry of Foreign Affairs touched the proposals in the framework of cooperation in the Barents Region specified in the Resolution. Since October 2015 Russia presides over the Council of the Barents / Euro-Arctic Council (BEAC), bringing in the Presidency program the perspective directions of cooperation. "So, on June 20-21, 2016 in Arkhangelsk there will be held a ministerial meeting of BEAC on transport, and in September – a ministerial meeting of BEAC on culture", - stressed in the Ministry of Foreign Affairs.