Gazprom Neft PJSC will be a partner of the VI International forum "Arctic: Today and the Future". 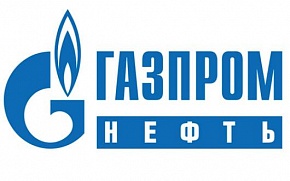 Gazprom Neft PJSC will be a partner of the VI International forum "Arctic: Today and the Future". The company occupies leading positions in Russia by growth in hydrocarbon production and refining of petroleum products.
Gazprom Neft if the first company which started oil production in the Russian Arctic shelf. In 2016, Gazprom Neft continued the implementation of major new projects, located in the north YaNAO. One of the key events of the first half of 2016 was the start of a year-round oil shipment from Novoportovskoye field via a unique marine terminal "the Arctic Gates". Preparations for the launch into commercial operation of the Vostochno-Messoyakhskoye field are completed.
Increased oil production at Prirazlomnoye field - the only Russian project for the extraction of hydrocarbons on the Arctic shelf - has been continued. Since the beginning of operation of Prirazlomnoe field it has produced more than 800 thousand tons of oil. According to Andrei Patrushev, Deputy CEO for Shelf Projects Development of Gazprom Neft, until the end of 2017 it is planned to put into operation seven production wells and to produce more than 5 million tons of oil. Since the beginning of its exploitation the platform operates in compliance with the "zero discharge" principle - a full recovery and disposal of operational and household waste.